Jennifer & Alejandro got married a year ago. I took this set of photos for two purposes: their anniversary and maternity. Jennifer is due in the end of this year and I was so happy working with them. We took photos in Montalvo Arts Center in Saratoga first. Montalvo Arts Center is also a pouplar place to get married. I took some wedding photos and also some engagement sessions there so that I recommended this place to them. It was raining from time to time. I love taking photos in the rain since it gives a different feeling from a sunny day. Later on, we took some photos at Sunnyvale photo studio with professional lighting. It was fun and the photos turned out as I expected. Certainly Jennifer and Alejandro are very happy. 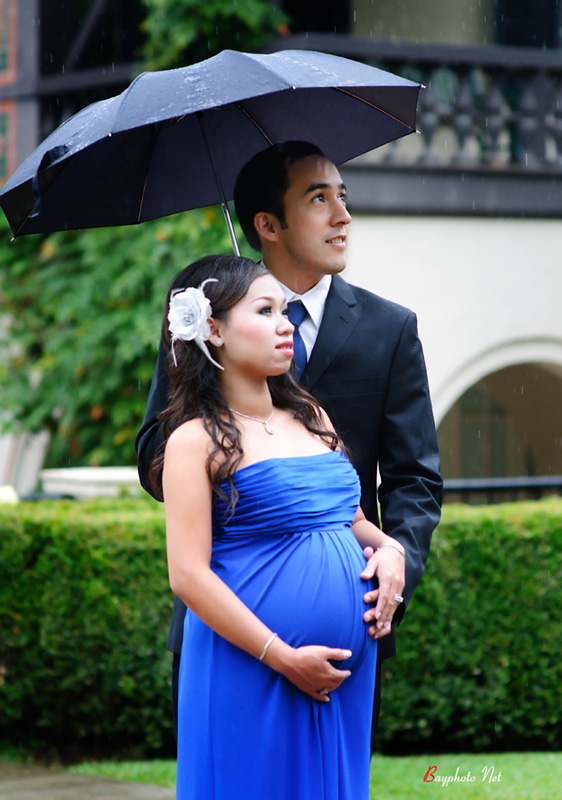 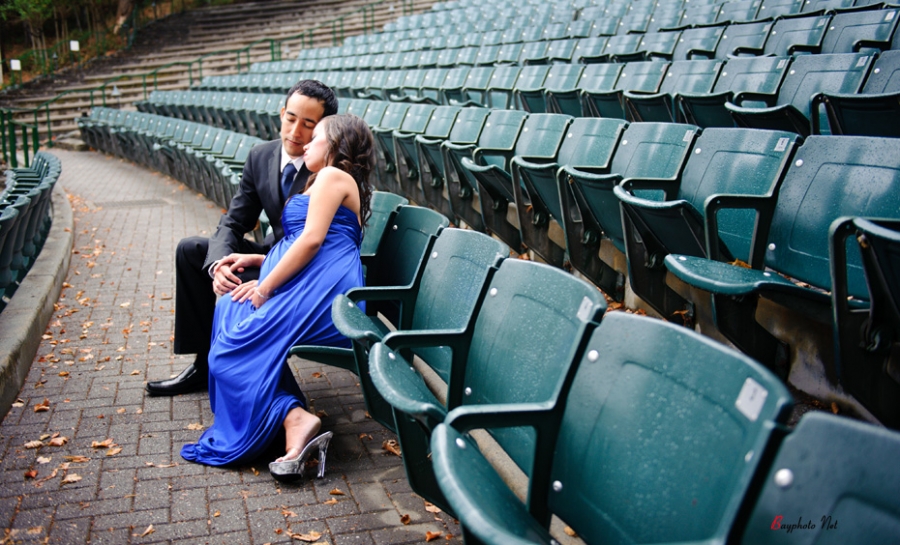 The following photo was taken with a fish-eye lens. I always bring this lens to many events such as weddings to create some special effects. 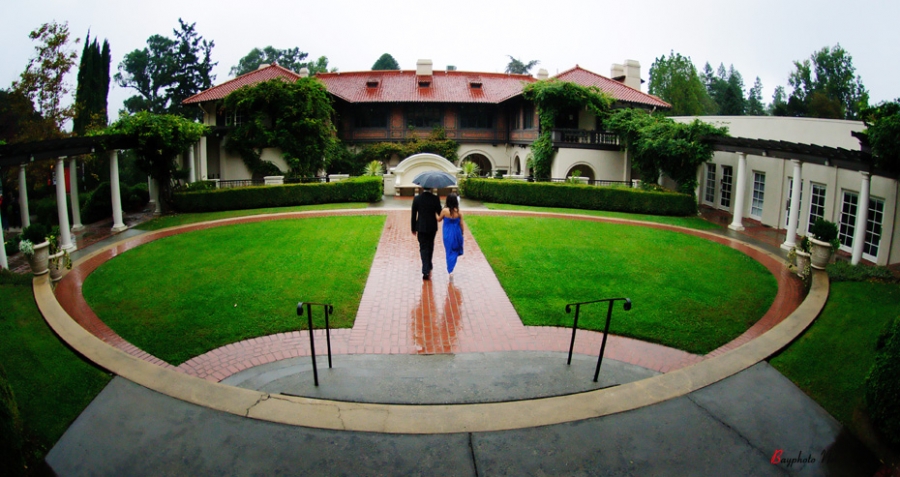 The following photo was taken at Sunnyvale photo studio.